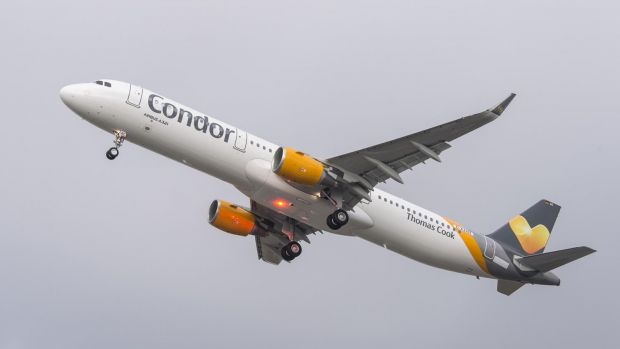 Both Thomas Cook Germany and Condor are seeking government loans to keep trading after some 600,000 holidaymakers, including 140,000 Germans, were hit by the dramatic collapse of British parent company Thomas Cook Group.

Europe’s second-largest tour operator group, which is number two both in the UK and Germany, was forced to declare insolvency early on Monday after failing to secure a final £200 million out of a £1.1 billion rescue deal in last-minute weekend negotiations.

The group’s German subsidiary, Thomas Cook GmbH, immediately stopped all sales through its well-known brands such as Neckermann Reisen and Öger Tours and has cancelled departures on September 24, 25 and 26. The 140,000 Germans currently on a Thomas Cook package holiday would be covered by the company’s insolvency insurance if it had to file for insolvency.

But, in contrast to the British government’s massive repatriation operation, it is unclear whether German customers will be flown early and whether they might have to first pay for their hotel rooms. Various media reported that many hoteliers are demanding payment directly from holidaymakers as they fear that Cook, which normally pay hoteliers two months after customers depart, will no longer pay them.

On Tuesday, Thomas Cook Germany confirmed that it had applied for a bridging loan from the government. Managing director Stefanie Berk said the company is “in intensive talks with potential investors and all relevant public authorities” in order to stay in business. However, she warned that the German company would be forced to file for insolvency if the talks failed.

Meanwhile, Condor, the group’s profitable German airline, is now legally prevented from transporting Thomas Cook customers but is still flying non-Cook package holidaymakers and individual passengers to their destinations. Cook customers comprise only about a third of its seven million annual passengers.

On Monday, the airline applied to the German government for a €200 million loan to cover its operating costs. On Tuesday, German media reported that Berlin and the regional government in Hessen had agreed to provide a total of €380 million to keep the airline in the air.

The German travel industry has been quick to support this move, arguing it will be cheaper to make a loan than to finance a massive repatriation operation should the airline be forced to stop flights. Condor’s survival is also in the interests of tour operators such as DER Touristik, FTI, Alltours and Schauinsland, which all have significant numbers of customers on Condor flights, as well as rival TUI to a certain extent.

Ingo Burmester, DER Touristik’s Central Europe CEO, told fvw: “A grounding of Condor would be a catastrophe for the tourism industry and for customers.” He explained that Condor is an important competitor to TUIfly and Eurowings on short-haul routes, and a vital partner for long-haul destinations, especially with its diverse exclusive Caribbean routes.

Finally, club resort operator Aldiana, which has 10 hotel complexes mostly in southern Europe, stressed that it is still operating normally given that Thomas Cook Group is only a minority shareholder in the German company.