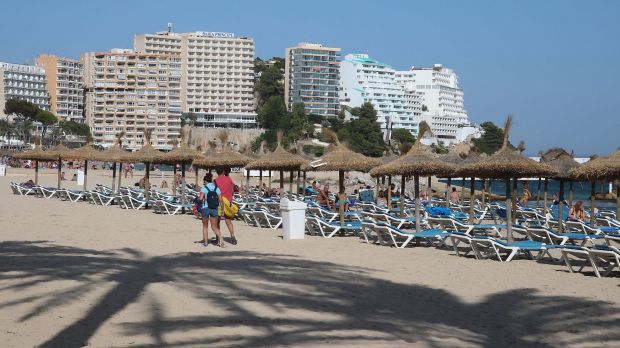 Imago Images
No more empty beaches: Magaluf and other destinations on Majorca are prepared for international guests.

Tour operators in Germany are promising to fly holidaymakers home again if a new travel warning is issued for their destination in a bid to convince customers they can travel safely again. But travel to overseas destinations remains banned until the end of August.

A return flight guarantee is already an integral part of a package holiday but tour operators apparently see the need to emphasise this loudly to consumers who might be worried about travelling abroad this summer. The reassurance move comes as market leaders release more details of their streamlined summer 2020 programmes amid hopes of quick comebacks once Germany officially lifts its travel warning for 31 European countries next Monday (June 15).

Package holidaymakers travelling with a DER Touristik brand will be flown home again by their tour operator should there be a new travel warning for their destination, promised Ingo Burmester, CEO DER Touristik Central Europe. "Whoever goes on holiday with DER Touristik will also be brought home by DER Touristik. That also applies of course in times of corona," he declared. "Once again this shows the strength of a tour operator holiday when a guest has problems," he added.

Burmester emphasised that Germany’s second-largest tourism group will only send customers to destinations where hotels and suppliers meet all the necessary health and safety requirements. The group has also set up a 24/7 customer hotline for Covid-19 hygiene and health topics.

DER Touristik will relaunch its summer 2020 programme on June 15 with holidays in Austria, Croatia, Denmark, Italy, Benelux, Poland and Portugal, followed by Cyprus, Spain, Montenegro, Greece and Bulgaria in the second half of June.

Similarly, FTI committed itself to repatriating customers from destinations affected by any new travel warnings. Managing director Ralph Schiller underlined: "Should there be further travel warnings, then we will bring affected package holiday customers back home as quickly as possible and of course free of charge. That remains the big advantage of tour operator holidays in case of a crisis."

The Munich-based group is resuming its summer 2020 programme with a strong focus on Greece, including flights to Greek islands with Condor from July 1 onwards, as well as Cyprus.

But Alltours owner Willi Verhuven is taking a different approach and has called for all passengers to take a Covid-19 test before taking a flight. He told German newspaper Rheinische Post that flights are relatively safe due to cabin air filtering but added: "For even more safety I would absolutely welcome it if all passengers undertook a corona test before their flight."

In terms of the tour operator’s own restart, Verhuven said: “We expect to reach 50% of last year’s level this summer. The Canaries, Greece, Majorca and Turkey are in very strong demand. People are travelling to where they find it attractive and can expect to be safe.”

Verhuven also made clear that Alltours is financially solid enough to get through the crisis without any state aid. "Last year we made a profit of €46 million. This year’s loss will be at a similar level. So we can cope with this," he underlined.

For its part, market leader TUI is now offering a €250 bonus for bookings of package holidays in 200 hotels and clubs, including many own brand properties. TUI Blue, Riu and other TUI brand hotels in many southern European destinations will re-open in the second half of June or early July.

Meanwhile, the Balearic Islands regional government has approved plans for a pilot project to relaunch holidays on Majorca next week and thereby test hygiene and protection measures at Palma airport, in hotels and at other locations. A maximum of 10,900 German holidaymakers will be permitted fly to the island for a holiday of at least five days without any compulsory quarantine (which applies in Spain until June 21). Should a holidaymaker fall ill on the island, he or she will be isolated in quarantine in separate accommodation specially reserved by the regional government for this purpose.

Three German tour operators – TUI, DER Touristik and Schauinsland – are involved in the project. TUI will fly guests from Düsseldorf and Frankfurt on June 15, followed by flights from Hanover and Stuttgart on June 18. Holidaymakers will stay in selected hotels in Playa de Palma, Alcudia and Cala d’Or. Schauinsland will fly out its first group of holidaymakers to Majorca on June 27.

In a separate move, the German government yesterday extended its travel warning for countries outside the EU until August 31. This covers more than 160 countries, including major destinations such as Turkey and Egypt.

However, exceptions can be made for individual countries at earlier dates if local conditions permit. But industry managers criticised the measure as an unfair move against countless destinations with low infection rates and proven safety standards. 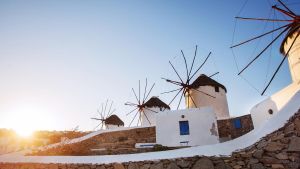