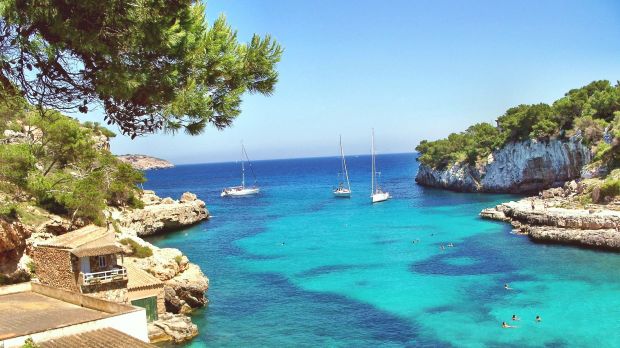 Andreas Hermsdorf, Pixelio
Welcome back to Majorca: After the travel warning was lifted, the first German holidaymakers arrived on the Balearic island this week.

German holidaymakers have started taking off again for beach holidays in the Mediterranean this week after the country's global travel warning was lifted for 27 European destinations on Monday (June 15) and tour operators relaunched their summer 2020 programmes.

The German government officially dropped a blanket travel warning for 27 countries, including major destinations such as Italy, Greece, Austria, France and Croatia. In parallel, border controls with neighbouring countries were scrapped. 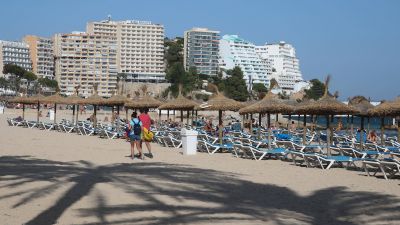 Among the first charter flights on Monday was a TUIfly plane with 165 German holidaymakers travelling from Düsseldorf to Palma who were enthusiastically greeted on Majorca by local tourism officials and hotel staff. Their arrival on the island generated intensive media coverage both in Germany and Spain.

The passengers were the first of about 10,900 Germans who will holiday on Majorca, Menorca, Ibiza and Formentera over the next fortnight under a pilot project designed to test hygiene and protection measures. About 20 more flights are following this week.

Most of the holidaymakers are TUI customers who will stay in several re-opened Riu hotels. TUI Group board member Sebastian Ebel declared: "As a partner of the Balearics we are delighted to support this pilot project that is so important for European tourism as a whole."

Stefan Baumert, tourism director for TUI Germany, added: "The Balearics are setting tourism standards with their high health standards. The feedback from our first guests on Majorca has been overwhelming and absolutely positive." 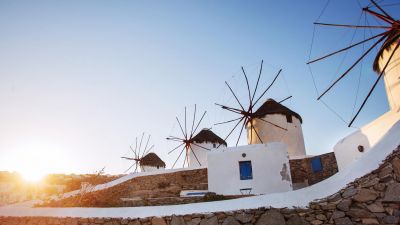 Meanwhile, TUI Germany is relaunching more of its summer 2020 programme with 40 flights in the second half of June to the Balearics, Portugal (Algarve) and Cyprus. More flights will follow in July to these destinations and Greece (from July 1).

About half of TUI Group’s own hotels should have re-opened by the start of July. "We are already seeing a clear rise in summer bookings," Baumert commented. Demand is particularly strong for self-drive packages to overland destinations such as Austria, Italy and Croatia.

Similarly, DER Touristik is now seeing rising bookings for summer 2020, with strong demand for holidays in Germany and Austria in June and July. But bookings are also increasing for destinations such as Greece, the Balearics and the Canaries as well as Turkey, Tunisia and the Indian Ocean.

Moreover, luxury brand Dertour Deluxe has "very good" bookings, reflecting the high service, hygiene and health standards of luxury hotels, together with features such as a high number of suites and villas as well as private pools. 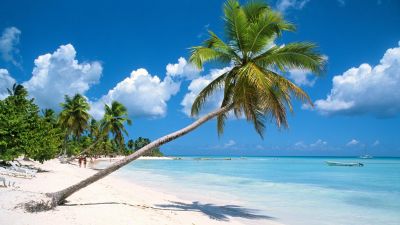 Germany’s second-largest tourism group relaunched its summer 2020 programme this week with holidays in Austria, Croatia, Denmark, Italy, Benelux, Poland and Portugal, followed by Cyprus, Spain, Montenegro, Greece and Bulgaria in the second half of June.

Among other tour operators, Alltours will relaunch its main summer 2020 programme on June 26 (one week earlier than planned) with package holidays in Spain, Bulgaria, Italy and Croatia. Its Allsun hotels on Majorca, the Canaries and Crete will re-open on the same date. Flights to Greece, Portugal, Malta, Cyprus and Montenegro will then follow at the start of July.

In contrast to Mediterranean destinations that are EU member states, however, Turkey remains closed for German holidaymakers at present. It is one of 130 countries worldwide (also including Egypt, Thailand and Morocco) that remains subject to an official travel warning by the German foreign ministry on the grounds that they are categorized as "coronavirus risk areas". This means that people entering Germany from these countries may have to go into a 14-day period of quarantine.

But Turkish officials have repeatedly stressed that regions such as Antalya and the Aegean coast are safe holiday destinations. "Turkey does not deserve such a classification. The same applies to the travel warning," the Turkish embassy in Germany declared. "Turkish holiday areas were affected just as little as German coastal areas," it pointed out.

"Therefore we hope and expect that the German government will remove the classification of Turkey as a risk area as well as the travel warning for Turkey as soon as possible," the embassy concluded. Intensive talks have already taken place between the two countries over a possible partial lifting of the travel warning to save the summer season.

This would be exactly what the German tourism industry is demanding in order to offer a wider range of destinations in the coming weeks and helps tourism-dependent countries revive their economies. At present the travel warning for non-EU countries is valid until August 31, by when the summer season will be over in many beach destinations. However, exceptions can be made for individual countries at earlier dates if local conditions permit.

The German Travel Industry Association (DRV) is calling on Berlin to move quickly and reduce the number of warnings for non-EU countries following the end of the European travel warning. "Other countries outside Europe must now follow in the near future," urged DRV president Norbert Fiebig.

Travel restrictions due to the coronavirus pandemic are likely to cost German travel agencies and tour operators about €20 billion in lost revenues between mid-March and the end of August, according to the association’s latest estimates. Alone the extension of the travel warning for non-EU destinations would mean €9 billion in lost revenues for July and August, Fiebig said.

The DRV confirmed that bookings “are slowly starting to pick up again”, particularly for domestic holidays within Germany as well as to Mediterranean destinations.