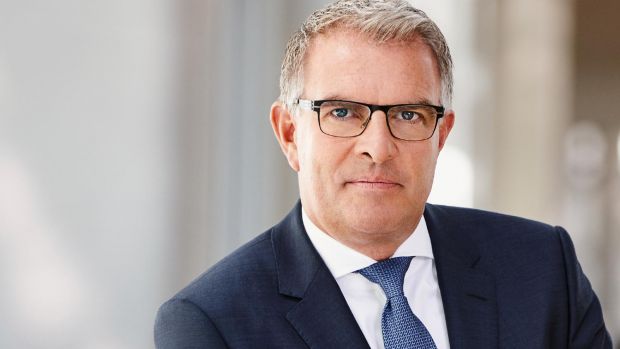 Lufthansa is putting profits before growth by cutting loss-making Eurowings back to basics and playing down its chances of buying Condor from Thomas Cook.

At its first capital markets day since 2011, Germany’s dominant airline this week told analysts what they wanted to hear. The expensive Eurowings adventure will be scaled back to the original concept of low-priced short-haul flights, there will be a new strategy for Brussels Airlines, and the group might not buy Condor from Thomas Cook Group after all.

Instead, the Lufthansa Group will focus more strongly on improving its financial results, top executives made clear in presentations at the event on Monday. The group announced in parallel it would raise dividends by paying out between 20% and 40% of net profits in future (instead of 10 – 25% at present).

The main headlines circled around Eurowings, the loss-making budget airline that has been expanded dramatically over the last couple of years with the takeover of 70 former Air Berlin planes and a turbulent move into long-haul flights to leisure destinations.

But financially this rapid growth is not paying off. Eurowings made a loss of €230 million last year and is heading for a bigger loss this year. Instead of breaking even this year as hoped, the airline is now expected to remain in the red for two more years and then make a profit in 2021.

As a result, Lufthansa has decided to cut Eurowings back to basics by re-focusing it on the original strategy of cheap flights on key short-haul point-to-point routes from Germany as a defensive strategy to restrict the expansion of Ryanair and Easyjet in Lufthansa’s home market.

Lufthansa Group CEO Carsten Spohr explained that Lufthansa will take over commercial management of Eurowings’ long-haul operations. The subsidiary will continue to operate these flights as it has a lower cost base, but the parent company will be responsible for sales and marketing, as well as network planning.

This also means that the plan to integrate Brussels Airlines into Eurowings has been abandoned. A new strategy for the Belgian carrier, which has a strong Africa network, will be presented this autumn.

Eurowings CEO Thorsten Dirks told analysts that on short-haul routes the Eurowings fleet will be harmonised to A320 planes and downscaled from the current 139 planes of different types. The carrier will also use only one AOC licence to simplify operations.

In future, Eurowings will focus on its four main bases in Germany: Düsseldorf, Cologne, Hamburg and Stuttgart. Unviable locations and routes will be closed down but Dirks did not say how many of the present 13 bases might be affected.

Meanwhile, Lufthansa CFO Ulrik Svensson played down the chances of buying Condor from Thomas Cook. “It’s unlikely that we will get the deal,” he told analysts in response to questions.  He outlined several hurdles, including Condor’s ageing fleet that would require high investments, while any integration into Eurowings would be “complex”.

Given Condor’s mix of short-haul and long-haul routes, this would also no longer fit into the new Eurowings strategy of focusing on short-haul routes. Moreover, Lufthansa was mostly interested in Condor’s long-haul business while CEO Carsten Spohr believes its short-haul business, such as to Majorca, could be threatened by Ryanair and Easyjet.