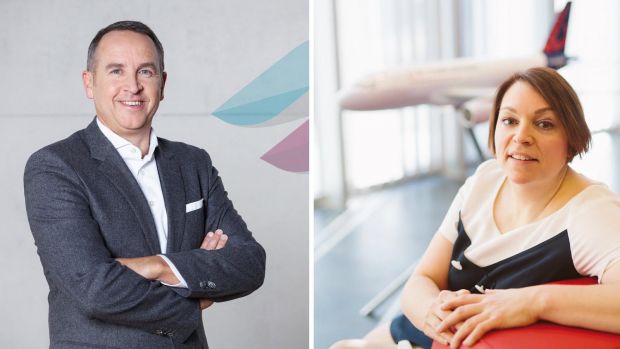 Wagner, who has been in charge of all sales activities to date, will become Commercial Manager Europe, and thus responsible for sales & marketing of all flights in European markets.

Förster will remain head of Brussels Airlines, which is now part of the Eurowings Group, and also gain responsibility for the group’s intercontinental flights as Commercial Officer Long Haul Eurowings Group. The Belgian carrier is already in charge of the long-haul operations. Moreover, she will have a decision-making role in areas such as finances and human resources.

Among other changes, Michael Klee, head of revenue management and pricing as well as responsible for tour operator sales, will switch to a new role as head of ground operations for the whole Eurowings Group. His successor has not yet been named.

Eurowings also plans to centralise activities such as procurement in the new structure. “We want to be efficient and more agile,” a spokesman said.

The management shake-up follows serious operational problems last summer when over-hasty fleet and route expansion, strikes and other external factors caused major problems with the operational performance, including countless flight delays and cancellations. The airline’s punctuality plummeted to just 60% between May and August.

For 2019, Eurowings has unveiled a package of operational measures designed to avoid any repeat of last summer. The fleet of 185 aircraft will be split between dedicated planes operating domestic German routes and international routes; there will be longer airport turnaround times; and more reserve planes.

Meanwhile, CEO Thorsten Dirks told the Düsseldorf-based Rheinische Post regional newspaper that Eurowings was looking into the ‘option’ of bringing some long-haul flights to Frankfurt to complement those from Düsseldorf and Munich but had not yet taken any decisions. The newspaper speculated that rival Condor might be forced to downscale some of its intercontinental flights from Frankfurt due to Thomas Cook Group’s financial problems.