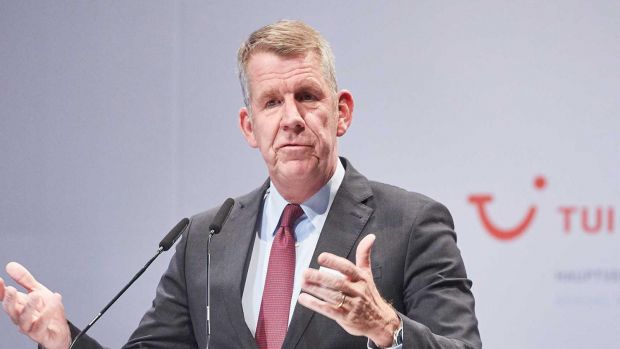 TUI is clearly benefiting from last autumn’s collapse of top rival Thomas Cook with double-digit sales growth for summer 2020, although the B737 Max grounding has hit the group’s quarterly profits.

Europe’s biggest tourism group currently has a 14% rise in tour operator holiday bookings for this summer, slightly ahead of its capacity increase and with average prices up by 3%. After a 9% rise in turnover for the winter season, CEO Fritz Joussen is predicting high single-digit revenue growth for the year as a whole.

He told shareholders at this week’s annual meeting that “our business is booming following the insolvency of Thomas Cook”, describing January 2020 as “by far the best booking month in the history of our company”.

“After the insolvency of Thomas Cook we expanded our hotel portfolio strongly and we will win market share in Germany, Great Britain and Benelux,” he told journalists on a Q1 results call. TUI aims to win 500,000 additional customers in Germany this year and as many as one million in the UK. However, the total tour operator market is likely to shrink this year, partly due to reduced flight capacity, Joussen noted.

Its tour operator business (Markets & Airlines) increased turnover by 8% to nearly €3.2 billion as customer numbers increased by 4.8% to 3.8 million. Customer numbers rose by 3% in the UK and by 2% in the Nordics, there was strong growth in the Netherlands, Belgium and Poland, while Germany was “broadly in line with (the) prior year” and there were volume declines in France.

However, the segment’s seasonal operating loss widened by a quarter to €198 million due to the additional costs of securing air capacity in the continued absence of the planned B737 Max planes. Profits in the hotel segment dropped due to investments while cruise profits were slightly higher.

For the year as a whole, TUI now expecting underlying operating profits in the range of €850 million to €1.05 billion compare to €893 million last year.