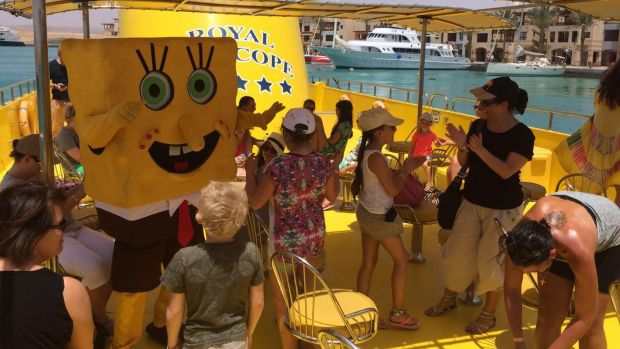 ETI
15 travel agents and their 16 children took part in the fam trip.

Promotion and more capacity for Egypt, price rises for long-haul winter holidays and potential job losses are in the news this week.

Egypt specialist ETI has made an unusual move to promote holidays in the country. It invited 15 German travel agents who are single parents - together with their children - on an eight-day fam trip to the Red Sea. While the adults visited various hotels and informed themselves about ETI's products, the 16 children aged 3 - 11 were entertained in kids' clubs and aquaparks. There were also various joint excursions. Ulrike Runge, ETI's head of sales and marketing, explained: “Single parents are a target group who can normally never participate in such events. With our trip we were able to reach out to this target group.” She added: “This trip also shows that Egypt is a safe destination that you can visit as a family.”

FTI is increasing capacity to Egypt with a new weekly charter flight from Hamburg to Hurghada with Fly Egypt from July 8 onwards. This gives the German market leader for Egypt holidays a total of 19 weekly flights this summer. “We’re delighted to react to increasing demand for Egypt holidays with an expanded flight programme,” said Sven Schikarsky, managing director tour operating package.

TUI’s cultural holidays specialist Gebeco has released brochures for winter 2016/17 with additional tours but also price increases. Capacity has been increased for Cuba in response to strong demand, but prices have risen by about 12% due to limited available rooms. Similarly, prices for tours to Japan and Iran have gone up by 7% and 12% respectively. In contrast, southern Africa is up to 10% cheaper due to lower exchange rates while some South America tours are also cheaper.

Kuoni Switzerland plans to restructure its operation and could reduce jobs in areas such as IT, finances and HR as synergies are sought with parent group DER Touristik. The restructuring also results from the integration of some production activities with the German group. But CEO Marcel Bürgin said another factor is the double-digit fall in revenues this year. Kuoni Switzerland expects to draw up a list of measures by July.