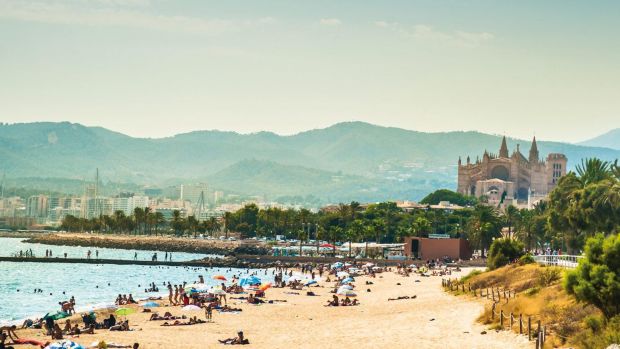 shutterstock
Majorca is one of the biggest package holiday destinations.

Germans are generally very satisfied with package holidays and the image of the tourism industry has not suffered because of the Thomas Cook insolvency, according to a representative survey for the German Travel Association (DRV).

Nearly half (44%) of the 1,005 survey participants (who had been on holiday at least once in the last three years) had booked a package holiday, and a very high 94% of them were satisfied with their holiday, the survey by market researchers Forsa in mid-November found.

The three most important factors for package holiday customers were good value for money (97%); reliable help and crisis management from the tour operator (96%); and financial protection for unforeseen incidents or cancellations (94%), according to the results.

In contrast, environmental issues played only a minor role for German holidaymakers when making their booking decision. A mere 15% said that climate or environmental topics were a very important factor, and only one in five (21%) had actively informed themselves about how they could make their holiday as environmentally-neutral as possible. Younger people (between 18 and 29) were somewhat more interested (27%) in this topic than older people.

Travel agents continue to command solid respect among German consumers, the survey also showed. More than half (57%) of the respondents were convinced that advice in a travel agency went beyond what they could research and book for themselves on the internet. This view is strongest amongst customers aged over 45 but even 50% of young people (18 – 29) shared this opinion.

The survey findings were highlighted by DRV president Norbert Fiebig at the association’s annual conference last week as he reviewed the impact of the Thomas Cook insolvency on the tourism industry.

“The insolvency of the founder of package holidays is a hard blow and leaves the industry facing serious challenges,” he admitted to delegates. But he declared: “Thomas Cook may be bankrupt but package holidays are not.”

Customers still wanted to go on holiday and wanted someone to organise this professionally for them, he emphasised. Package holidays offered advantages that individual holidays could not provide, including tour operator representatives in the destination and crisis management.

Fiebig also praised travel agents for how they had responded to the Cook insolvency by helping customers with information and advice. “Travel agents have made a superb contribution to the reputation of the entire travel industry and that of package holidays,” he said.