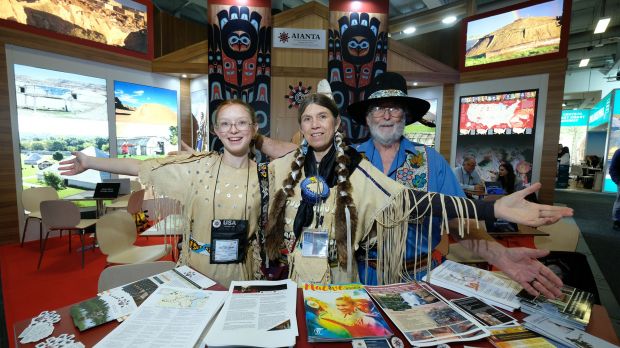 christian Wyrwa/Gregor Zielke
US exhibitors are giving international tourists a big welcome.
The USA is welcoming back foreign tourists who had delayed trips Stateside for the last few years.

Roger Dow, head of the US Travel Association, estimated that arrivals rose about three per cent to 81 million last year and expects similar growth in 2019. This would be an improvement after the country’s global market share fell from 13.8 per cent in 2015 to 12.2 per cent in 2017.

But the USA is still believed to be underperforming faster-growing long-haul markets such as Asia and the Caribbean. “The rest of the world is growing like crazy,” Dow said.

The German market has been flat for the last two years but tour operators say sales are picking up. TUI and FTI have both reported higher US sales, while DER Touristik has noted a “turnaround”.

One winner is New York, which welcomed 608,000 German visitors in 2018. “This year we expect 631,000, up almost four per cent,” said Christopher Heywood, communications chief for tourism marketing body NYC & Company.

The Big Apple has labelled 2019 a Monumental Year with new attractions including Hudson Yards, the vast commercial and leisure development on Manhattan’s Far West Side; and expansion of the Museum of Modern Art.