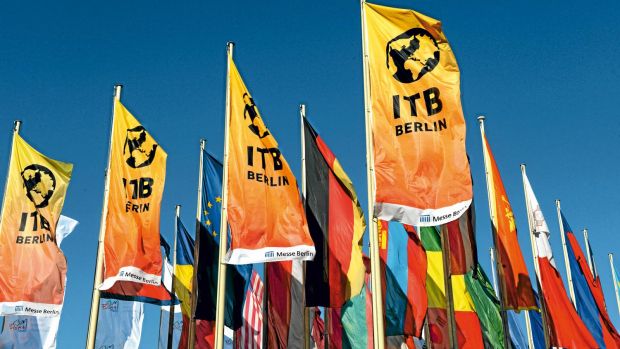 Worldwide travel and tourism is heading for another year of solid growth despite global challenges such as political and social tensions, slower economies and ‘overtourism’, top industry figures agreed at ITB.

The world’s leading travel show attracted more trade visitors than ever this year, with a 3% rise to 113,500 industry professionals from around the world, and once again was sold out with over 10,000 exhibitors from 181 countries and regions.

International and German travel and tourism leaders emphasised the importance of the annual opportunity for the global industry to meet, do business and discuss the latest trends and key issues. They also painted an optimistic picture of prospects for 2019 despite headline-making challenges, including international trade tensions, the slowing European economy, Brexit and populism in many countries, as well as criticism of overtourism in diverse destinations.

For example, Michael Frenzel, president of the German Tourism Industry Association (BTW), commented: “This year, ITB Berlin once again justified its role as the World’s Leading Travel Trade Show. Naturally, there was a focus on many successful business deals and the release of the latest industry figures and subsequent discussions. Happily, people remain eager to travel and the industry is well-equipped to meet the demand. All these things give us hope that despite the somewhat gloomy economic outlook, 2019 will be a good year for the tourism industry.”

Norbert Fiebig, president of the German Travel Association (DRV), agreed: “The German travel industry is optimistic about business in a year that will present us with a number of challenges. Despite that, Germans are as keen to travel as ever and the industry is well-equipped to meet the demand.”

Zurab Pololikashvili, secretary general of the World Tourism Organization (UNWTO), underlined that “big numbers also entail big responsibilities” and the sector needed to “grow better” in a more sustainable manner. “Tourism has a say when it comes to facing up to global challenges”, he said.

The importance of travel and tourism to many countries around the world was underlined by figures released before and at ITB. World tourism increased 6% to 1.4 billion international arrivals last year, according to UNWTO figures. Both Europe and Asia grew by 6%, the Middle East (+10%) was the top-performing region, while the lowest growth was in the Americas (+3%).

Moreover, travel and tourism grew 3.9% to contribute a record $8.8 trillion and 319 million jobs to the world economy in 2018, according to the World Travel & Tourism Council (WTTC). The sector, which represents one in ten jobs worldwide, accounted for 10.4% of all global economic activity. Gloria Guevara, WTTC President & CEO, said: “2018 was another year of strong growth for travel and tourism, reinforcing its role as a driver of growth and job creation. For the eighth consecutive year, our sector outpaced the wider global economy.”

Looking ahead, market researchers are confident of further growth in 2019, albeit somewhat slower than last year. IPK International, which produces the World Travel Monitor, predicted that international travel will grow 4% this year compared to 5.5% in 2018. Asia-Pacific will again lead the way, with outbound trips tipped to climb 6%, slightly behind the 7% rise achieved last year. The Americas will grow by 5%, similar to last year’s performance, but Europe with 3% is showing a weakening trend compared to last year when outbound trips increased by 5%.

However, international travellers remain concerned about and impacted by overtourism in some destinations, according to the World Travel Monitor results. About one in ten said they were negatively affected by overcrowding at their destination, one third more than in 2017. In general, younger travellers and Asians were much more bothered by overcrowding than older travellers and Europeans, the global survey found. Cities strongly affected by overtourism included Beijing, Mexico City, Venice, Amsterdam, Istanbul and Florence. 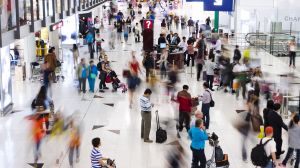