Sunny outlook for 2019 as Turkey takes off 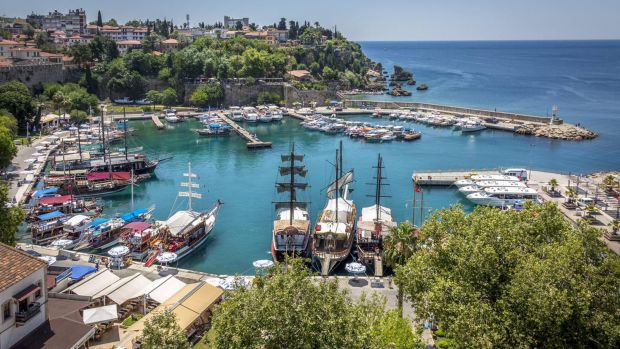 German leisure travel will grow solidly this year with strong demand likely for holidays in Turkey, according to market researchers and TUI.

The prospects for German outbound travel look good for 2019 thanks to a stable economy and continuing high travel demand, according to the initial results of the annual Reiseanalyse survey of about 7,500 consumers, which were presented at the CMT travel show in Stuttgart.

Germans have both time (63%) and money (60%) to go on holiday this year, one percentage point higher than last year’s figures, the survey found. But they plan to keep a closer eye on costs in 2019. Whereas 30% of respondents wanted to spend more on their holiday last year, this year’s figure has dropped slightly to 29%, while 14% plan to reduce holiday spending compared to 13% last year.

There will be few changes in the top destinations in 2019, according to the Reiseanalyse. Domestic holidays in Germany remain the clear number one choice (30%), followed by Spain, Italy, Turkey and Austria. Demand is likely to be high for Croatia and Greece, while Egypt and North Africa will probably see strong growth rates, according to the researchers.

Prof. Martin Lohmann, responsible for the in-depth annual Reiseanalyse market survey conducted by the FUR research network, described the current “mood for holidays” as “extremely good”. In general, Germans are “experienced travellers, demanding, wanting to discover and multi-optional”, and are planning more trips and higher spending in 2019, he emphasised.

Meanwhile, TUI Germany also released its current bookings trends at the CMT, showing dramatic growth for Turkey, strong bookings for Egypt and some smaller destinations, and rising demand for long-haul holidays, especially to the USA and Caribbean.

“Germans are again in the mood to travel in 2019. There are already signs of a good start to the summer season,” declared Stefan Baumert, TUI Germany’s tourism director.

Germany’s largest tour operator said that Turkey is currently “in the fast lane” and it has a triple-digit surge in bookings for the country, which has risen to the third most-popular destination. Egypt has the highest growth rate after Turkey, Cyprus is growing strongly as a lesser-known Mediterranean destination, and demand is also good for the Cape Verde Islands, Croatia and Germany. Nevertheless, Spain and Greece remain top destinations for German tourists.

Long-haul holidays are also gaining popularity, and TUI has a 20% rise in bookings for this segment. Apart from the USA, the number one summer destination, demand is also good for the Caribbean (Jamaica, Cuba, Dominican Republic) and the Indian Ocean (Maldives, Seychelles), the market leader said.