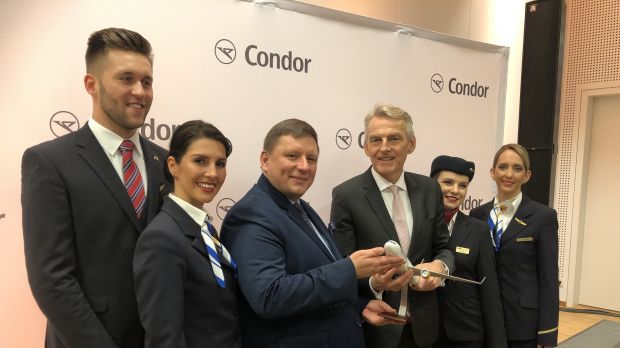 Leisure airlines in Germany are heading for a growth boost this year, with Condor under new ownership, TUIfly expanding its fleet and SunExpress adding capacity.

Condor has just gained a green light from the German cartel authority (Bundeskartellamt) for its planned acquisition by LOT parent company PGL. The Polish aviation group wants to acquire the leisure carrier to expand its international activities.


The German competition regulator decided that there is no relevant business crossover between the two airlines "as they do not operate the same routes". Moreover, the two airlines only have "a relatively small" number of slots at German airports.

Andreas Mundt, president of the Bundeskartellamt, commented: "The companies complement each other, so that Condor will be strengthened in competition with German market leader Lufthansa. We were able to approve the transaction rapidly and thus help ensure after the turbulences of the last few months that Condor has a future as an airline in Germany."

According to Condor, competition authorities in Spain, Turkey and Cyprus also need to approve the deal due to the combined volume of business to those destinations. But, significantly, clearance is not required from the EU Commission.

The airline now expects to exit from the state-backed financial protection scheme at the end of March, followed by repayment of state-guaranteed bridging loans of €380 million and the takeover by PGL in April.

Meanwhile, Condor bosses have presented a positive picture of the airline's current business. The airline has had a 90% seat load factor so far during the winter season, bookings for January, February and March are "sensational", and the gap left by former owner Thomas Cook has been completely filled, according to CEO Ralf Teckentrup.

For winter 2020/21, Condor plans to add three more planes on short-haul routes, will offer flights from Munich to Punta Cana, Varadero and Cancun, and is considering new Asian destinations. "We will grow double-digit next winter," Teckentrup declared.

The long-serving CEO played down media reports about possible long-haul flights from Düsseldorf next winter as "speculation" but described North Rhine-Westphalia's biggest airport as "absolutely attractive". He added: "So I'm not excluding flying long-haul from Düsseldorf. We're thinking about it but haven't taken a decision yet."

TUIfly will get four Dreamliners

Rival TUIfly, however, is definitely expanding in Düsseldorf. TUI's German airline will station two B787 Dreamliners there for the winter 2020/21 season and fly to destinations in the Caribbean. These 300-seat planes could then be used on medium-haul routes in summer 2021, such as to the Canaries, Hurghada or even Majorca, according to the company.

Airline chief Oliver Lackmann confirmed that two more Dreamliners will then join the fleet in the following winter (2021/22), although it has not yet been decided if they will also be stationed in Düsseldorf or not. These two additional B787s would mean TUI Group had 21 such planes in total.

Outgoing CEO Jens Bischof (who will take over at Eurowings in March) said the airline would offer record capacity of seven million seats between Europe and Turkey this summer. This includes 4.5 million seats to Antalya, with 3.8 million of these on routes from Germany, Austria and Switzerland. New routes from Antalya are to Bremen and Marseille, along with more flights to Vienna. 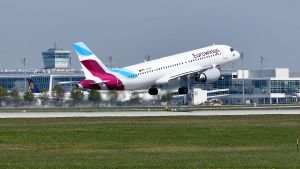 Eurowings cuts back as TUIfly expands 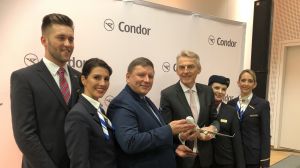