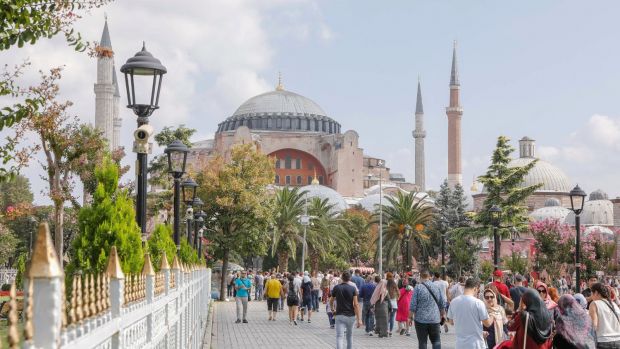 The German market looks set to grow strongly for Turkey next year despite higher hotel prices but more promotion is needed for Istanbul, according to participants at the recent fvw workshop Turkey.

Turkey can look forward to a good year on the German market in 2019 after its strong recovery this year, tour operators, travel agents and hoteliers agreed at the top-level event in Istanbul last month. The workshop was attended by about 200 German and Turkish participants and attracted significant coverage in Turkish media.

“Tourists who switched to other destinations such as Spain in recent years are coming back because they clearly did not find the same quality of all-inclusive holidays,” declared Kaan Kavaloglu, vice-president of the Antalya regional hoteliers association. The Aegean coast is also selling well thanks to modernised hotels and better flight connections, pointed out Hicabi Ayhan, FTI’s Turkey manager.

With tour operator contracting for next summer largely completed, Turkish hoteliers have secured higher rates in euros that will compensate for sizeable discounts in recent years. Importantly, hoteliers hope that the higher euro revenues combined with a 40% drop in the lira exchange rate this year will allow them to cope with rapidly rising inflation and higher local costs for wages, energy and catering.

For their part, German tour operators will hope to limit overall price increases for Turkey holidays thanks to stable flight prices. For example, Sun Express sales manager Peter Glade said the Turkish-German leisure airline plans to increase capacity for summer 2019 but added: “Our price lists will remain mostly stable despite a €50 million rise in fuel costs.” Competitors such as Condor, TUIfly, Corendon and Germania are also planning to expand Turkey capacity for next summer.

Looking ahead, German tour operators and travel agents were optimistic about the outlook for Turkey in 2019 and predicted that the record of 2015 could be reached again. Travel agent Önder Sancarbarlaz, a member of the DRV destination committee, predicted: “The Riviera and the Aegean will boom.”

Deniz Ugur, CEO of Bentour Reisen, said: “The autumn is very strongly booked, the winter is well ahead of last year, and the first signals for summer 2019 are very positive.” On the price increases, he commented: “We shouldn’t always look at the price but at the value as well.”

Cheaper Istanbul hopes for a comeback

In contrast, demand for Istanbul, a former tourism hot-spot, remains depressed compared to the peak year of 2015 when it attracted some 12.4 million international tourists. Germany remains the largest source market for Istanbul, with some 990,000 visitors in 2017 out of the total 10.8 million, according to official statistics. “We want three million German visitors,” declared Sekib Avdagic, head of the Istanbul chamber of commerce ITO, at the workshop.

But more needs to be done to promote the metropolis to German consumers, according to workshop participants. One positive factor is the lira devaluation which has made the city much cheaper to visit.

Both Öger Tours and Bentour plan to issue special city trip brochures for Istanbul to try to spark off more bookings for next year. “Boosting bookings goes through offers,” said Öger Tours chief Göktas-Rosati. Bentour boss Ugur added: “Istanbul has never been so cheap. We don’t have to hide that.”