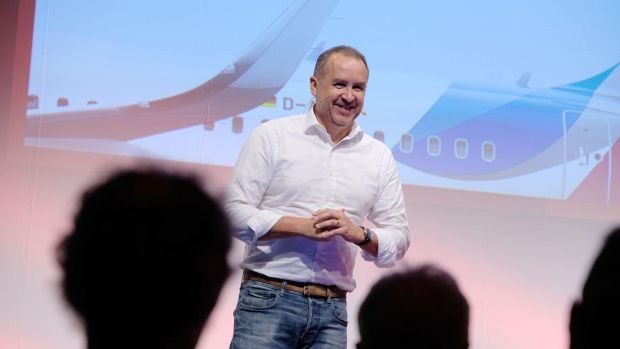 Lufthansa’s budget airline Eurowings is promising smooth flight operations in 2019 after its over-hasty expansion, strikes and other factors caused chaos this summer.

Eurowings hit the headlines repeatedly this year for countless flight delays and cancellations as it tried to integrate former Air Berlin planes into its fleet and capture market share. The airline’s punctuality plummeted to just 60% between May and August.

Addressing top German travel industry managers at the fvw Kongress in Cologne on Wednesday, sales director Oliver Wagner apologised for the problems, which he blamed on a combination of internal and external factors.

He admitted that Eurowings had tried to do too much too quickly. For example, it had taken longer than expected to integrate the former Air Berlin planes into the fleet for technical reasons, resulting in a shortage of planes to operate the flight schedule. In addition, air traffic controller strikes worsened the situation by causing delays and cancellations.

“We were doing well until April. But the planning became obsolete in May and June,” he said. “The planes were not ready.”

But Wagner claimed that flight operations had now stabilised following the addition of the 77th and final ex-Air Berlin plane into the fleet in August and promised that this summer’s situation would not be repeated. “My message today is that we have a stable flight schedule for next summer, it’s planned conservatively,” he declared.

One key measure will be to split the fleet between planes operating domestic routes and international routes in order to improve punctuality. Planes flying domestic routes in the morning and evening “will stay in Germany” during the day instead of being used for Mediterranean routes that might lead to delays, he said. In addition, the airline is planning longer turnaround times at airports.

Moreover, Eurowings now has sufficient reserve planes should one of its aircraft suffer a technical problem. The airline has an overall fleet of 185 planes at 13 bases serving over 200 destinations.

On other topics, Wagner said Eurowings would review its pricing and tariffs for business and leisure passengers over the coming year. It will launch a new booking tool for tour operators and will broaden its website into a ‘travel platform’ with a range of ancillary offers to cover ‘the whole customer journey’.

In an initial step, the airline yesterday announced an exclusive partnership with German accommodation portal HRS. From December onwards, Eurowings passengers will be able to book hotels from the HRS portfolio directly on the airline’s website at special rates and with additional services. Members of Eurowings’ loyalty scheme will get points for HRS bookings.

In a follow-up panel discussion with tour operators, Wagner confirmed that the operational problems had cost Eurowings about €90 million in the first half of 2018. Looking ahead, he reiterated: “Next year looks completely different. We believe we will be more stable.”

Gerald Kassner, owner of tour operator Schauinsland-Reisen, said his company, like other tour operators, had been impacted by flight problems at Eurowings and also other airlines this summer, which had resulted in many customer complaints and significant financial costs.

He urged airlines to improve their customer service at airports abroad by providing passengers with better information on flights, especially regarding delays. But Wagner said Eurowings would need the mobile phone numbers of passengers to do this.

Both Kassner and Lars Ludwig, of dynamic packaging specialist LMX Touristik, were optimistic that flight operations would be better in 2019 than this year.