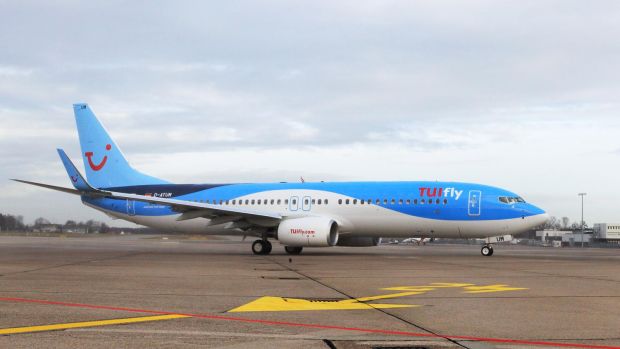 TUIfly
TUIfly will take off to Cyprus next summer.

The TUI Group subsidiary will launch four weekly flights from Düsseldorf and Frankfurt to Larnaca next May, with two flights from each airport (on Thursdays and Sundays). The new services, with total capacity of 20,000 seats for summer 2019, will fill the gap left by Cobalt Airways which operated these two routes this summer. The successor to Cyprus Airways declared insolvency last week.

“As planned, our fleet will grow from 36 planes today to 39 B737s next summer,” confirmed TUIfly managing director Roland Keppler. One of the additional planes will be stationed in Düsseldorf and one other in Frankfurt, while the other will be kept in reserve at Hanover in case of technical problems with any of the other 38 planes.

The forthcoming arrival of TUIfly was welcomed by the Cyprus tourism minister, Georgios Lakkotrypis. “Tourism is one of the most important economic sectors on Cyprus. We are very proud of the cooperation with TUI and are looking forward to a successful tourism year in 2019,” he declared. TUI has also expanded hotel capacity on the Mediterranean island with own-brand properties such as TUI Sensimar and Suneo Club.

Meanwhile, TUIfly will return to the regional airport of Paderborn in north-west Germany in November to replace insolvent carrier Small Planet Airlines, which had operated charter flights for TUI Germany. From November 2, a TUIfly plane will fly from Paderborn to the Canaries (Fuerteventura, Gran Canaria, Tenerife)and Egypt (Hurghada) in place of a Small Planet jet.

In parallel, TUI Germany has contracted charter flights with Germania from Leipzig/Halle to the same destinations in place of Small Planet, initially until the end of January. Condor will take over the route for next summer.

TUIfly flew 7.9 million holidaymakers to destinations in the Mediterranean, the Canaries, Egypt and other destinations last year.