Condor improves profits and hopes for new owner next spring

Condor bosses are painting a rosy future for the airline's prospects after higher profits and passenger numbers have made the former Thomas Cook German subsidiary into a more attractive target for potential buyers.

The airline is now hoping to get through the current restructuring process over the next few months and then present a new owner ready for the summer 2020 season.

Condor this week announced improved figures for the financial year ending September 2019, despite a difficult second half-year. Passenger numbers rose by 6.9% to 9.4 million, generating a 6% increase in revenues to €1.7 billion, as capacity grew by 4.5 percentage points and the load factor remained stable at a high 90%.

Operating profits increased by 32% to €57 million thanks to a mix of revenue growth and disciplined cost management. Saving measures included reducing airport stations from 12 to eight, optimised planning and better technical reliability.

CEO Ralf Teckentrup said he was "highly satisfied" with this result. "We are an operationally healthy and profitable company. Our key figures and the further increase in profit underline this. Condor is thus further expanding its market leadership in the leisure airline business."

The airline is also performing better than expected at present, he continued. "The current booking trend is currently exceeding expectations. This is also a clear sign of confidence on the part of tour operators, travel agencies and our direct customers." The loss of passengers from Thomas Cook Germany, amounting to 15% of total volumes, is being compensated for by a strong demand, he emphasised.

At the end of September, Condor entered into a so-called preliminary protective shield procedure to release itself from joint liabilities from its former parent company Thomas Cook Group plc. This legal step gave the airline full independence from the insolvent British group. Moreover, the German federal government and the state government of Hesse granted the airline a state-guaranteed bridging loan of €380 million to provide financial stability during the seasonally weak winter period.

In terms of potential buyers, Condor stated that "strategic and financial investors are showing high interest". Teckentrup told journalists that the airline will present a restructuring plan at the end of December. "The investor process is running in parallel. The aim is to complete the sale in the spring," he explained.

The airline's provisional administrator Lucas Flöther added: "The aim is to have the protective shield procedure lifted in March or April 2020. Condor can then take off with a new investor and freed from liabilities."

Looking further ahead, Teckentrup added: "I am confident that after the exit from the protective shield procedure in spring 2020 we will be able to further strengthen our position as Germany's most popular holiday airline."

“The Condor team is highly motivated to take further important steps together to secure our future. We would like to thank all our customers, sales and business partners and all those involved for always believing in us and supporting us, even in difficult times.” 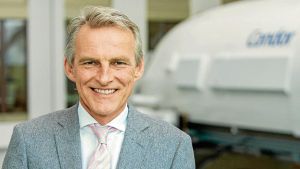 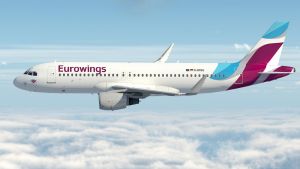