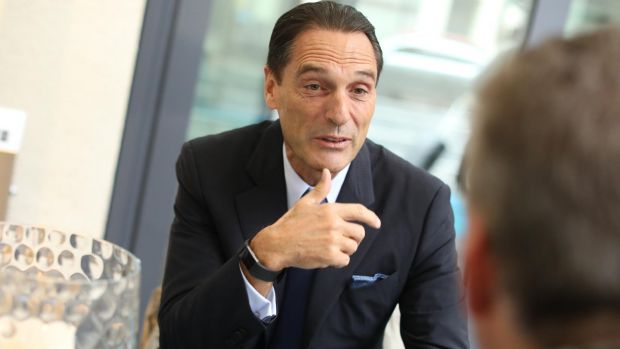 Thomas Cook is suffering severe turbulence on the financial markets after issuing its second profit warning within just a few weeks due to weak tour operator sales this summer.

The British holiday firm’s share price slumped heavily following a surprise trading update on November 27, two days ahead of the scheduled financial results for the 2017/18 business year (ending September 30). The share price continued to tumble on Monday and Tuesday as analysts warned about the company’s level of debts. But the share rose by about 46% on Wednesday as fears of a capital increase receded.

Thomas Cook’s closely-watched underlying operating profit dropped to £250 million in the year ending September from the previous year’s profit of £326 million. The final result was thus significantly worse than the £280 million figure given by CEO Peter Fankhauser at the end of September. He blamed the difference on a high number of one-off special effects totalling £153 million. Group revenue was £9.6 billion, up 6% on a like-for-like basis, and the company reported a £163 million net loss compared to a small profit of £9 million last year

The main factor was a £88 million drop in profits for the tour operating business to £161 million due to lower margins and despite a 4% revenue rise to £7.4 billion. In particular, the company blamed the long hot summer in northern Europe for lower bookings to Spain this year.

Sales were “particularly disappointing” in the UK, where Cook has dropped to third place behind TUI and Jet2Holidays. Revenues increased 5% to £1.95 billion but the business dropped into the red with a £7 million underlying EBIT loss. Restructuring measures are now planned for 2019.

Elsewhere, Continental Europe (including Germany) increased revenues to £4.17 billion but underlying profits dropped to £73 million. “Our German business was also impacted by the effects of the widespread flight disruption, processing a higher than usual number of flight changes, re-bookings and cancellations,” the group said. Northern Europe increased revenues to £1.27 billion and achieved underlying profits of £95 million.

In contrast, Thomas Cook Group Airline (including Condor) improved its operating profit by 37% to £129 million as revenues increased by 10% to £3.5 billion due to higher passenger numbers and despite the costs of many operational disruptions during the summer. Peter Fankhauser said: “Our Group Airline delivered strong growth in customers and profit, benefitting from increasing capacity in a turbulent European aviation sector.”

Looking ahead to next year, Fankhauser said Thomas Cook Group “must learn from 2018” by reducing risk capacity and committed flight capacity, and focusing more on “higher quality, higher-margin hotels and destinations, with clearer processes and incentives to ensure these are prioritised through our retail and online sales network”.