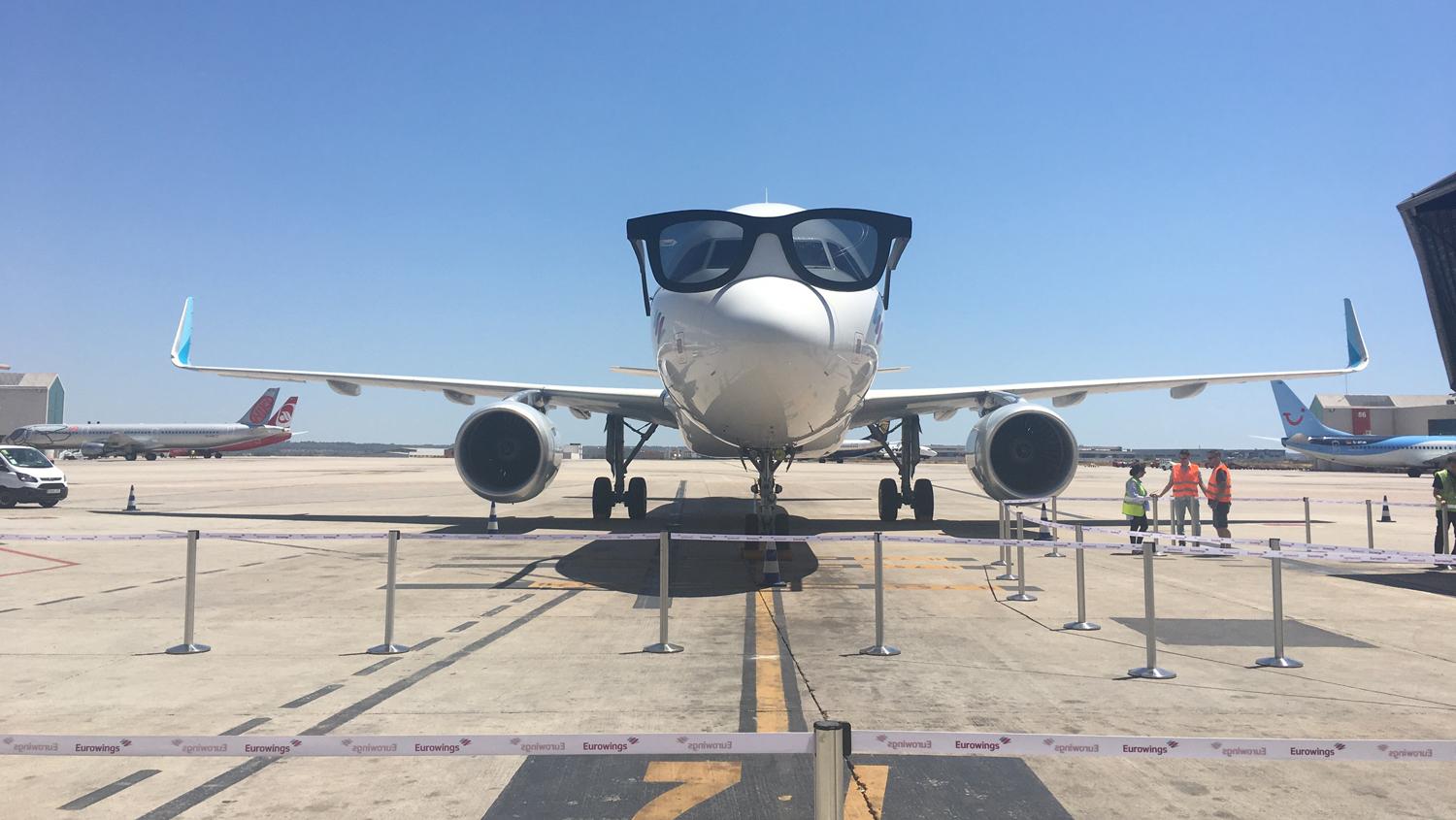 Eurowings
Eurowings launched its Palma basis with “the biggest sunglasses in the world”.

Lufthansa’s budget airline Eurowings has set up a basis at Palma with the ambition to become a major carrier to and from Majorca. Eurowings has stationed four planes at Palma and plans to expand its locally-based fleet as quickly as possible. The fleet is being operated