"Green deal as an opportunity for aviation" 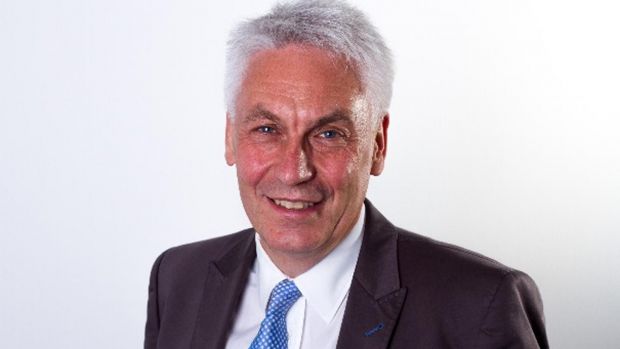 It was her first official act as head of the EU Commission and was intended to send a clear signal in the run-up to the climate protection conference in Madrid. With the presentation of the "European Green Deal", Ursula von der Leyen has set much more ambitious goals than the German government with its climate package.

A halving of CO2 emissions by 2030 and CO2 neutrality by 2050 are targets for which many areas of life will have to undergo fundamental change.

Even though general declarations of intent have been published to date and industries such as agriculture and energy contribute significantly more emissions, the aviation industry will become the focal point of a mobility culture that is changing throughout Europe. Inevitably, politicians and scientists will focus their attention on transport, which is one of the fastest growing emitters in Europe. This will come however often the aviation industry points out that it contributes only a fraction to emissions and that any further tax burden will affect European competitiveness.

Emissions per aircraft have, of course, fallen, and yes, aircraft used to be much louder. But let’s be realistic: hardly anyone likes to hear the industry’s mantra. So, we can loudly complain once again about the risks of carbon taxes, passenger taxes or higher emissions costs, as is happening now. But political decision-makers are not impressed. After all, our industry seems to prove time and again that, despite all the complaints, it remains profitable and continues to grow. We can complain that this picture is mostly affected by selective impressions. However, it does not change the verdict.

A defensive attitude on the part of aviation players will not prevent climate taxes, more expensive emissions trading or stricter regulations. Not as long as they are seen in Brussels and Berlin as necessary for climate protection.

Green deal as an opportunity

So, therefore, let us analyse, discuss and act. The time for defensive attitudes and avoidance strategies is over. A constructive role by the aviation industry in discussions with the EU on the Green Deal promises more benefits than burdens.

Of course, higher costs will have an impact on prices or margins. This will particularly affect the few financially weak and independent airlines that remain following industry consolidation. In addition, low-cost airlines in Europe with their price and cost-focused business model will come under more pressure than large airline groups.

In January, top-level airline managers will take a deep dive into the forthcoming market changes at the European Aviation Symposium in Munich. All in all, according to experts, the aviation industry will be able to cope with the expected cost increases.

On the benefit side, the EU climate initiative presents considerable opportunities. In addition to the hope of uniform EU rules for airlines instead of standalone national regulations, the implementation of the European Single Sky will be a litmus test of the EU's willingness to pursue a consistent climate policy.

Germany has announced that it will press ahead with this project politically when it holds the EU Council presidency in the second half of the year. Resistance is already forming in Germany, however, and doubts are growing as to whether this goal can be achieved, even if it is consistently promoted by the German presidency at all. If the EU is serious about the Green Deal, this most important climate project must not fail because of national egoisms.

Gerd Pontius is an experienced aviation consultant and founder of Prologis, the aviation consultancy that is organising the second European Aviation Symposium (EAS) together with fvw and the Travel Industry Club at Munich Airport on January 28 – 29, 2020.

Following the successful initial conference in January 2019, the second event will again attract a large number of aviation executives, senior travel industry managers and other decision-makers in the European aviation sector. The main topics for discussion include the consequences of climate change on the aviation industry, the EU’s aviation strategy and market consolidation.

The latest programme, details of ticket prices and further information about the event are available here.