Germans go West and South but not East 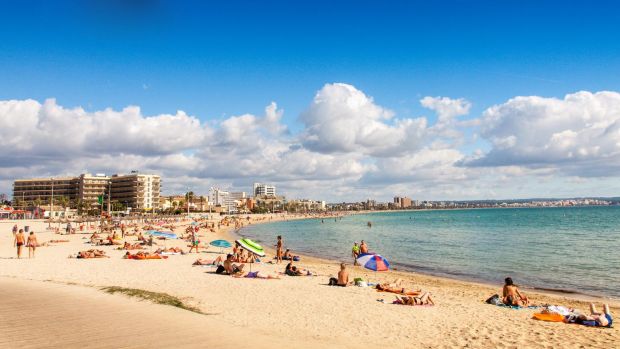 Thinkstock
The number of German tourists on Majorca rose.

Destinations in Western and Southern Europe were the clear winners on the German package holiday market last year as holidaymakers turned their backs on the Eastern Mediterranean.

Overall, the German short- and medium-haul package holiday market was stable at just under 27.8 million passengers in 2015/16, according to an overview of airline passenger volumes to the main holiday destinations in fvw’s annual dossier on the German tour operator market. But there were dramatic shifts between destinations.

Spain, Portugal, Italy and Greece were the main beneficiaries of the slump in demand for Turkey and North Africa, figures from the German Federal Statistics Office and TUI Germany showed. The figures covered flights from 27 German airports on routes with more than 50% leisure travellers.

Spain remained the dominant package holiday destination for Germans with an 11% rise to nearly 9.8 million airline passengers. The Balearics welcomed nearly 4.9 million package holidaymakers, a 12% increase. The number of German tourists on Majorca rose by the same figure to more than 4.4 million while Menorca and Ibiza grew by 11.5% to 446,000. There was a rise of nearly 9% to 3.15 million Germans travelling to the Canary Islands, and a 12% surge to 1.75 million mainland tourists.

In contrast, Turkey, Egypt, Tunisia along with Morocco and Cyprus lost out on the German market last year. The number of German holidaymakers in Turkey slumped by 24% from 4.27 million in 2015 to 3.24 million last year, although the country remained the second-largest destination behind Spain. Cyprus dropped 5% to 171,000 German tourists.