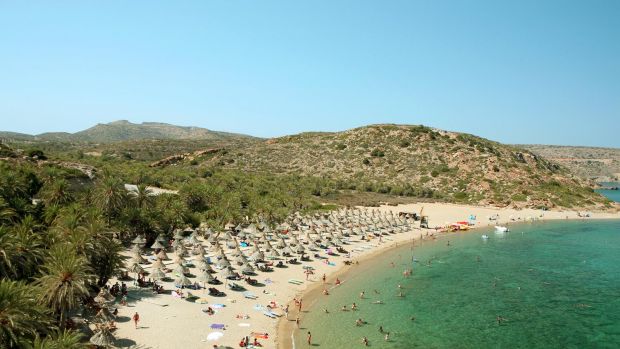 A total of 4.3 million Germans visited Greece last year, continuing a series of good seasons for the Mediterranean destination. But prospects for 2019 look tougher given strong comparative early bookings last year, the comebacks of competitors such as Turkey, Egypt and Tunisia, and the currently weak German market.

For market leader TUI, Greece is the second-biggest destination after Spain. Bookings have stabilised recently after a moderate start, according to product manager Barbara Kirchner.

FTI is also optimistic that its fall in bookings can be reversed. “In the last few weeks our bookings have risen more strongly than last year, which speaks for a late sales season,” commented Kyriakos Vardakos, product manager for Greece and Cyprus.

The situation is similar at Greece specialist Attika Reisen. Last year the firm had already generated two-thirds of its total 2018 sales by the end of March but this year bookings are being delayed until the spring.

German tour operators went optimistically into the summer 2019 season after expanding their programmes and hotel capacity significantly. TUI claims it has “the biggest portfolio of all time” for Greece this summer, while Alltours has added 150 more hotels. DER has a “broad” programme with more small islands on offer. “Numbers for Thassos tripled overnight, and we see plenty of potential here, for example,” said Raxenidis.

Meanwhile, the Greek tourism industry and hoteliers have welcomed the news that the government plans to reduce the high VAT rate of 24% from 2021. Industry association Sete, which claims that the high rate impacts Greece’s competitive position, described the decision as a step in the right direction.

The Hellenic Hoteliers Association reacted positively, too. “The reduction in VAT is urgently needed if the tourism sector is continuing supporting the Greek economy and labour market,” said association president Grigoris Tasios. He also called for the scrapping of the new overnight stay tax that was introduced in January 2018. Holidaymakers have to pay up to €4 extra per night and room, depending on the hotel category, while holiday homes are charged at €0.50 per night.