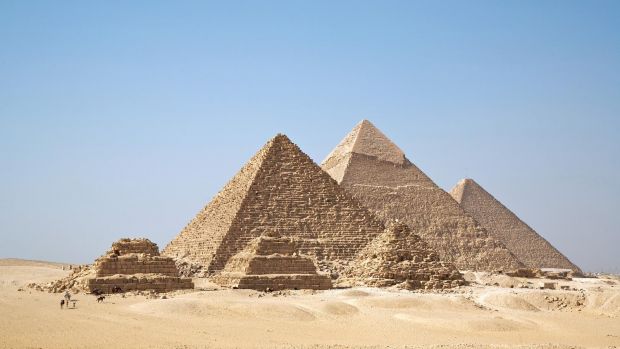 Egypt 2017
The pyramids are back in business as Germans flock to Egypt.

Germans look likely to keep flooding back to the Red Sea next winter, prompting tour operators to expand their portfolios, but Egypt could face tougher competition due to price cuts in the Canaries.

Egypt has been one of the big winners on the German travel market over the last year thanks to attractive prices and as consumers win back confidence in the destination. German visitor numbers soared by 40% to 1.7 million arrivals in 2018, outpacing an overall 35% rise in international tourists, according to the latest fvw Destination Ranking dossier.

FTI, the largest tour operator to Egypt, reported “a positive trend for all Egyptian destinations, including the Nile and Cairo” and “high double-digit growth” for the forthcoming winter season. Alltours said it has “a high rise in customer numbers”.

Prospects for winter 2019/20 therefore look good, even though the main rival destination, the Canaries, is likely to be priced more competitively this time. Egypt benefited from high prices on the Spanish Atlantic islands last winter. But tour operators have avoided further increases for the Canaries next winter, and Alltours has even secured a 3% price reduction.

For Egypt, mainstream tour operators have expanded hotel and flight capacity for Red Sea holidays and are offering more Nile cruises again. TUIfly has expanded capacity to Hurghada by 35% and to Marsa Alam by 22%, and TUI is the only German tour operator with nonstop flights to Luxor. “We are significantly expanding our Egypt programme for the German market,” said Baumert.

Thomas Cook has a new Casa Cook and Cook’s Club among various new hotels in Egypt next winter, Alltours has more flights with Sun Express and Schauinsland-Reisen has an exclusive Nile cruise ship. FTI has not yet presented its winter programme.

For its part, Egypt is investing heavily in its tourism infrastructure. A converted military airport at Berenice, about 200km south of Marsa Alam, goes into operation at the end of 2019. The new Sphinx International Airport (SPX), about 30km west of Cairo, opened several months ago as a new gateway to the pyramids for flights from the Red Sea or Luxor.

One highlight that all players are keenly awaiting is the opening of the gigantic Grand Egyptian Museum, close to Gizeh, which is scheduled for end-2020. This 500,000 sqm site will include 100,000 sqm of exhibition space (indoors and outdoors) displaying 50,000 exhibits, including a 7,000 sqm section that will be the new home of the treasure of Tutankhamun. In the long term, Egyptian officials hope to attract five million visitors a year to the museum, which would be 15,000 a day. 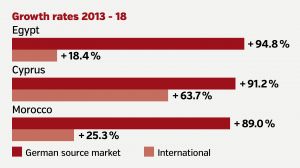