Laudamotion will take off with Condor and Eurowings 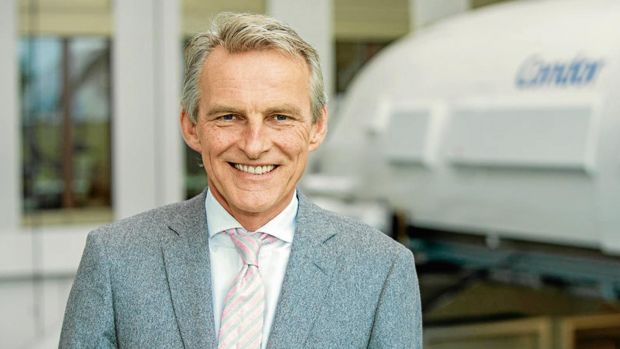 Niki Lauda’s new airline Laudamotion will take to the skies in late March in cooperation with Condor and, probably, Eurowings.

Laudamotion is the new name for Niki, the grounded former Air Berlin subsidiary that Austrian aviation entrepreneur Niki Lauda bought in January. He said at the time of the acquisition that he aimed to re-launch the airline under the new name with 15 planes in late March at the start of the 2018 summer schedule.

Under a cooperation agreement with Condor, the German airline of the Thomas Cook Group will initially take over sales and marketing of three Laudamotion planes, as well as operational functions.

Consumers can book seats on 56 Laudamotion flights from Düsseldorf, Frankfurt, Stuttgart and Basel to Majorca, Ibiza and Malaga through the Condor website and travel agencies. Other routes will be added later. In addition, customers can flexibly combine the flights of both airlines and book, for example, a Condor outbound flight with a Laudamotion return flight.

Laudamotion flights will have three types of fare: Economy Light, targeted at passengers with only hand luggage; Economy, for tourists with check-in luggage; and Premium Class, including a free middle seat, a premium menu and drinks.

"We are delighted to support Laudamotion in marketing their new flights,” said Ralf Teckentrup, CEO of Condor Airlines. "The extended choice of flights we can offer to our customers and distribution partners is great for our customers."

Niki Lauda underlined: "I have great expectations from the partnership with Condor. We bring a little Austrian charm to Germany and our passengers benefit from a more flexible and wider choice of flights to the most beautiful holiday destinations in the Mediterranean.”

In addition to the sales partnership, Condor will also take over selected operational functions, including traffic control and crew planning as a service provider for the Austrian airline.

Meanwhile, Laudamotion may wet-lease as many as 10 of its 15 planes to Eurowings for the summer 2018 season, according to German media. The 15 planes have been operating for Lufthansa during the winter since the grounding of Niki but the German group is legally obliged to return them to Niki’s new owner.

Eurowings has confirmed talks with Lauda but no deal has been agreed yet. Such an agreement would provide a major capacity boost to the Lufthansa low-cost subsidiary following the European Commission’s veto of the group’s planned acquisition of Niki in December.

Meanwhile, Eurowings has announced a 30% capacity expansion at Düsseldorf Airport where it plans to station about 40 planes and operate 250 flights a day this summer. These would include a mix of new short-haul flights along with the gradual expansion of long-haul flights transferred from Cologne/Bonn Airport.

This summer Eurowings will launch up to 11 daily flights to Majorca, increase flights on major domestic routes such as Berlin and Munich as well as to Vienna, and start flights to Kos and other European destinations.

The airline already announced it will base seven long-haul jets at the airport from the start of the winter flight schedule 2018/19 to operate long-haul budget flights to destinations in North America and the Caribbean. From April it will have three long-range planes to fly from Düsseldorf to Fort Myers, Miami and New York. The four A330s currently flying from Cologne will move to Düsseldorf for the winter schedule.

The Lufthansa subsidiary want to fill the sizeable gap left by Air Berlin, the former market leader at Düsseldorf. The airport offers a lucrative catchment area of 18 million people, the largest such customer base in Germany.