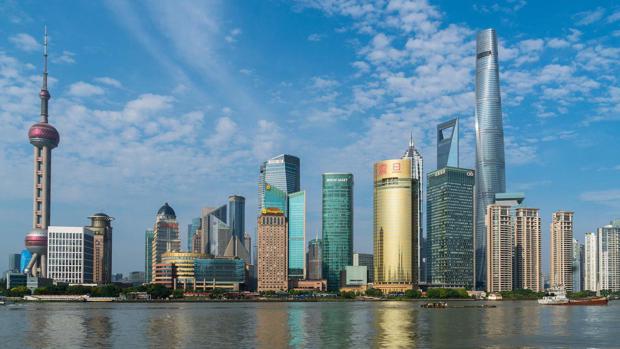 Pixabay
Threats of war against Taiwan, persecution of minorities, repression in Hong Kong: As China is appearing more and more aggressive on the world stage, German companies are reviewing their involvement.

Before Covid-19, the giant communist empire was one of the most important business destinations. That could change now, as German companies for one do not want to become dependent on such a state.

In view of radical zero-covid policies, supply bottlenecks and global political tensions, more and more German companies are reviewing their involvement in China.

The Federation of German Industries speaks of a "huge reassessment of China strategies." In other words, in order to avoid one-sided dependencies in the future, companies are planning to cut back on their investments in the People's Republic.

This would have enormous consequences for the German business travel sector. Before Covid-19, China was the second most significant long-distance destination for business travel, accounting for 250,000 trips a year, behind the USA. And in view of the business class generally booked by companies, China routes are thus likely to be among the most profitable of all for airlines such as Lufthansa.

"We are seeing a rethink among companies," says Christoph Carnier, president of the German Travel Management Association (VDR). "No one wants to be dependent on a single country in the future. There will be "a shift in business travel flows," Carnier is convinced.

Exactly where the journey is headed is not yet clear. But China is likely to be replaced by a large number of countries and regions, from the USA to India and Indonesia to Vietnam and North Africa. Parts of production are also to be brought back to Europe.

Consequently, airline managers would have to reschedule. After all, the planes bound for China are not only largely occupied by business travellers. The flight schedules are also based on the needs of the companies. This is true, for example, of the Lufthansa connection to Shenyang in northeastern China – a city that is probably not on anyone's tourist agenda. BMW, however, has one of its largest plants there: almost every third BMW sold comes from Shenyang.

Dozens of suppliers are also active there – with a corresponding number of business flights. If BMW were to scale back its involvement, this would not only hit Lufthansa hard: Together with VW, Mercedes and BASF, the Munich-based company accounts for more than a third of all European investments in China. In fact, according to a study by the consulting firm Rhodium, ten companies now account for 80 percent of all investments in the country, half of which come from Germany.
A commentary by Oliver Graue
"Japan is leading the way: Automakers like Toyota have long spread their business evenly around the world. Unlike their competitors VW, BMW or Daimler, they have shied away from too much dependence on China in the past. German corporations are likely to follow a similar path in the future.

Beijing's radical zero-covid policy with its lockdowns and supply bottlenecks will ensure this, as will the regime's increasingly aggressive behavior, including surveillance mania and sabre-rattling toward Taiwan. All this will lead to a clear shift in business travel flows.

However, it has little to do with deglobalization. Only in the rarest of cases will Europe replace China. Rather, lower-cost countries such as India, Indonesia, Vietnam, or the North African countries will benefit – including the U.S."
The airlines themselves do not want to comment on the consequences of the possible rethink. "We do not want to speculate," Lufthansa informs. In principle, however, it is currently the case that wherever the borders open again, the demand for flights is very high. Lufthansa apparently expects such an increase for China as well, should the regime decide to ease entry restrictions.

Other airlines would be affected as well. Before Covid-19, for example, Finnair was quite popular with corporate customers – because of the large number of cities served and the shorter flight time due to Helsinki's geographical location. However, this weighty plus has already come to an end with the Russian overflight ban. The Finns already need a completely new business model.

Lufthansa & Co can hope for two things: first, that the decoupling will not happen overnight, and second, that some companies will continue to invest massively in China because they make good profits there.

Whether this will help the airlines in the end is nevertheless questionable. After all, according to Rhodium's analysis, high management positions at China subsidiaries are increasingly being filled by locals. BASF, for example, is planning a ten billion euro plant in Zhanjiang. But it will only produce for the giant empire, and it will be run by Chinese.