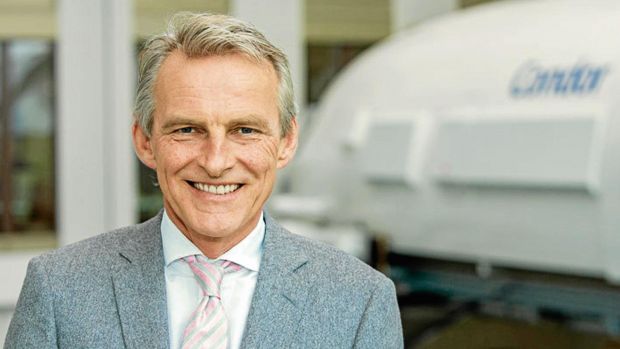 Potential buyers of Thomas Cook’s German airline Condor need to make their offers by the end of November, according to fvw information.

Following the European Commission’s approval of €380 million worth of German state loans to support the airline over the financially difficult winter season, Condor is now in “very advanced discussions” with potential investors, a company spokeswoman told fvw.

In fact, initial interested parties already received detailed financial information about the airline at the end of last week, according to sources with knowledge of the discussions. This information is designed to enable them to make formal offers.

“The process will not take long,” one source said. Condor has apparently requested offers by the end of November, which is when its current legal protection status expires.

From December onwards the airline will have to fully pay the wages of its 4,900 employees again from its own funds. Moreover, the airline, which traditionally makes its profits in the peak summer season, will have to pay back the €380 million loans to the German government and the Hesse regional government by the end of next March.

This means a Condor buyer will need to finance not only the airline’s normal operations but also provide sufficient funding for the loan repayments.

Neither Condor’s management nor its administrator Lucas Flöther wanted to make any comments at present about the potential investors or the sale process. In parallel, the airline management is currently working on a restructuring plan that could involve modernising its ageing fleet of 58 planes, including 16 long-haul jets.

* Meanwhile, Condor has announced it will launch flights to Paphos on Cyprus next summer, with eight flights a week from Frankfurt, Munich, Dusseldorf and Leipzig. All major German tour operators have already booked contingents, according to the airline.

“Cyprus ideally complements our flight schedule and we are expanding our route network around the Mediterranean with Paphos,” said CEO Ralf Teckentrup. “We are convinced of Cyprus and the growing importance of the EU country for European tourism.”