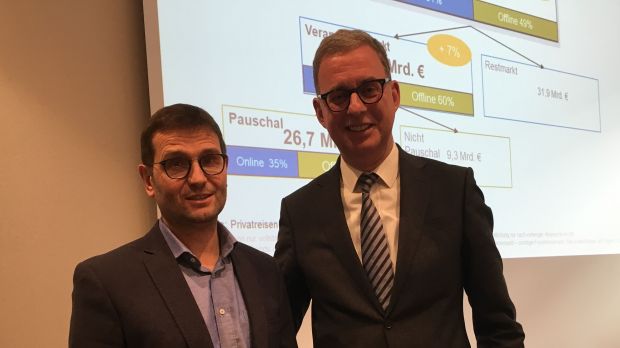 The German organised travel market could achieve low growth this year thanks to strong demand for Turkey and cruise holidays after a poor start for summer holiday bookings, industry leaders are hoping.

Germans are late booking their summer holidays this year even though the economy is doing well and disposable income remains high. In January, sales of summer 2019 holidays dropped by 9% year-on-year, leaving cumulative sales since November down by 2%, recent figures from market researchers GfK showed. This is in comparison to very strong early bookings between November 2017 and January 2018.

However, experts believe consumers may be holding back with bookings after last year’s hot summer persuaded many people to book directly and drive to destinations (such as Germany’s northern coasts, Austria and northern Italy) instead of flying to the Mediterranean on package holidays.

Nevertheless, he still forecasts “low single-digit” growth in revenues in 2019. “The good previous year figures are impacting on the current booking levels, of course. But the early bookings period with its offers is still running, and we expect bookings to pick up in the next few weeks,” he said optimistically.

Demand is so far being driven by Turkey, which has a dramatic 58% bookings increase, according to GfK. This is on top of last year’s strong rise to 4.5 million visitors from Germany, which took the destination close to the record figure of 2015.

Egypt is also growing at a double-digit rate, while Tunisia has a high single-digit rise and bookings are increasing again for the USA. In contrast, bookings for Western Mediterranean destinations, including Spain, are showing a double-digit fall, GfK figures show.

However, Spain (Balearics, Canaries and mainland) remains the largest destination in terms of total bookings so far, ahead of Greece, Turkey and Egypt.

Cruise holidays remain on the growth path and, according to GfK tourism expert Roland Gassner, are gradually taking on the function of a traditional multi-destination touring holiday. Bookings for this kind of holiday declined by 8% last year, according to the market researchers. “Traditional land-based tour holidays are gaining competition from water-based tours,” Gassner commented.

In 2018, the German organised travel market grew by 7% to €36 billion, which was faster growth than the self-organised travel market, according to GfK figures based on a survey of 40,000 Germans. The overall outbound market, covering private trips of one night or more, grew to a new record of €67.9 billion spent on advance bookings made in Germany. Adding in spending at destinations, total German holiday spending rose by about 5% to €95.6 billion last year.

“This mean the travel industry again generated significant revenue growth for the second year in a row,” Fiebig pointed out.