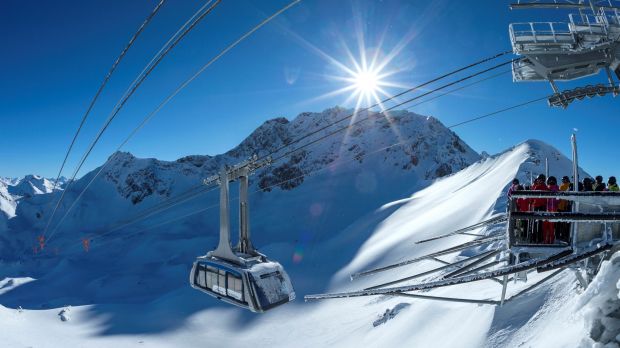 Tackling the loss of guests: the trend is for bigger skiing areas. In this interview Philipp Holenstein, director of Arosa Bergbahnen, offers an initial conclusion about the alliance between the Swiss skiing areas Arosa and Lenzerheide.

A lot of skiing areas in the Swiss Alps have an existential problem: the number of guests has fallen for years. In 2008/09 there were 29.3 million skier-days in Switzerland but in the season 2017/18 only 23.4 million. To survive in the face of tougher competition, a lot of individual snow sport areas are merging into large skiing areas to attract their guests with gigantic figures, as they know well that the size of the skiing area is the main reason to book. Arosa and Lenzerheide united in 2014 after a long preparatory time as well. Together they offer 225 kilometres of downhill ski-runs.

Mr Holenstein, climate change, changing customer requirements and foreign competition: winter sports is no longer a sure-fire success. What were the motives for the merger between the skiing areas?

Philipp Holenstein: The main effect consists of making the skiing area and the destination more attractive. With the merger five years ago, Arosa Lenzerheide has risen into a higher league. Thanks to the connection of the two areas, the overall skiing area with 225 kilometres of ski runs became the biggest connected ski resort in Graubünden and belongs to the top ten skiing regions in Switzerland.

Why is big beautiful?

Large ski areas serve all requirements as there are plenty of varied slopes for all skiing levels – that is an important advantage for groups in particular. In general, they usually offer more possibilities for deep snow skiing and are thus attractive for the growing group of free-riders.

What are your conclusions after five years?

The skiing area connection isn’t a cash cow yet. The hoped-for direct impact of the merger – between eight and ten percent more skier days and the corresponding revenues – hasn’t been fulfilled. The number of skiers rose in the opening winter of 2013/14 about 13 percent – also because of the curiosity effect - but decreased again in the years after the opening.

The Arosa Lenzerheide skiing region was able to hold its own better than the Swiss average. Nationwide the number of skier days has fallen about 13 percent, while our decline of about seven percent turned out to be lower. The situation for the two mountain railways and for the Arosa Lenzerheide tourism region would be even more difficult without the connection.

„The trend in winter skier days is inconsistent. While France, Austria and Italy show a stable development on a long-term average, the development in Switzerland is negative.“
Swiss Mountain Railways (November 2018)

In the past winter in Arosa Lenzerheide we achieved the best results since the opening of the ski area connection with a total of 1,324 million skier days. The trend is therefore slightly upward.

Which positive effects has the connection brought about?

The technical railway project was the key to bring both mountain railways and skiing areas closer together. It released a spirit of optimism and changed the mentality - beyond individual communities, in the region and for the destination as a whole. The positive effects are very diverse. The common range of services could be extended, for example: Arosa as a preferred hiking district, Lenzerheide as a strong bike destination complement each other in many ways. Operationally too, we can use synergies, for example by using the same working clothes, joint purchasing, insurance policies or the sale of snow sport days.

Is size always the decisive factor?

The booking decision is influenced by the individual budget and selection criteria like snow quality and safety, the hotel offering, quality of the ski lifts, service quality, comfort and convenience and the après-ski activities.

Arosa is known as a family destination - with a high bed capacity, but relatively little overall slope length. At Lenzerheide, which is small, it is the other way around. How does the dual destination market itself?

Arosa Lenzerheide is a strong joint product brand – but the two existing strong brands with the individual features of each destination have not disappeared.

How has the merger affected the guest flows in Arosa and Lenzerheide?

Due to the better accessibility of Lenzerheide the number of day guests in Arosa has fallen significantly. Arosa is also stagnating in terms of overnight stays, partly because some new hotel projects have not been started yet. Lenzerheide is better off in this regard. 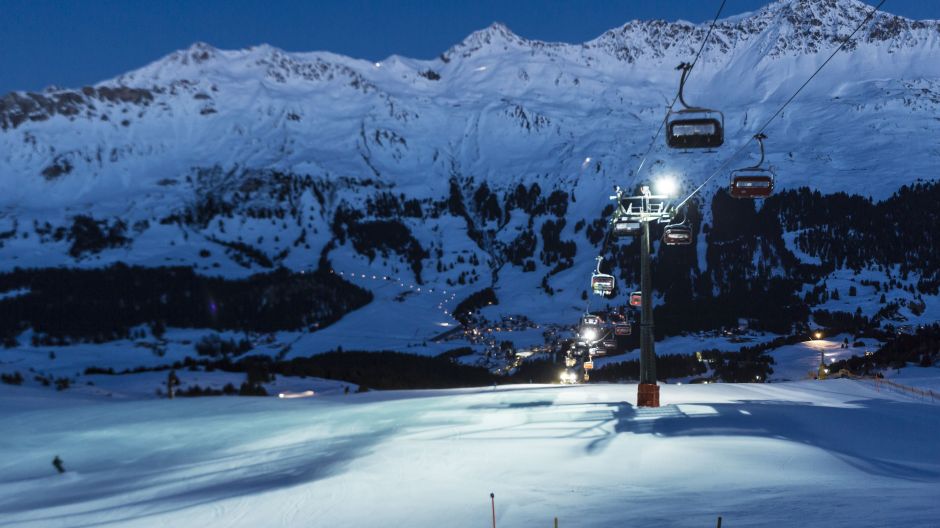 1 / 6
Over two valleys and three mountainsides: the gondola makes Arosa and Lenzerheide into one of the largest connected skiing areas in Switzerland. (Arosa Tourismus)
2 von 6
Teilen 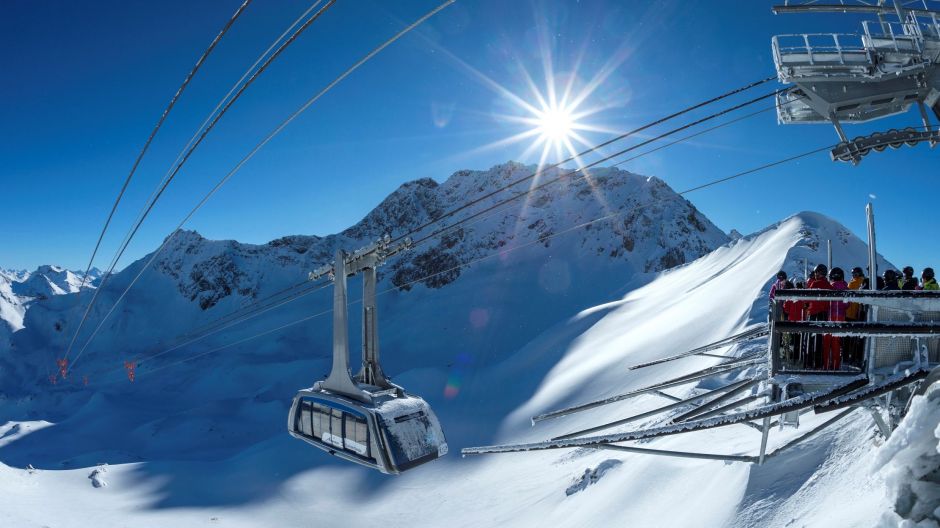 2 / 6
Self-supporting: the Urdenbahn - the ski connection's heart - runs between the Hörnligrat and the Urdenfürggli. (Arosa Tourismus)
3 von 6
Teilen 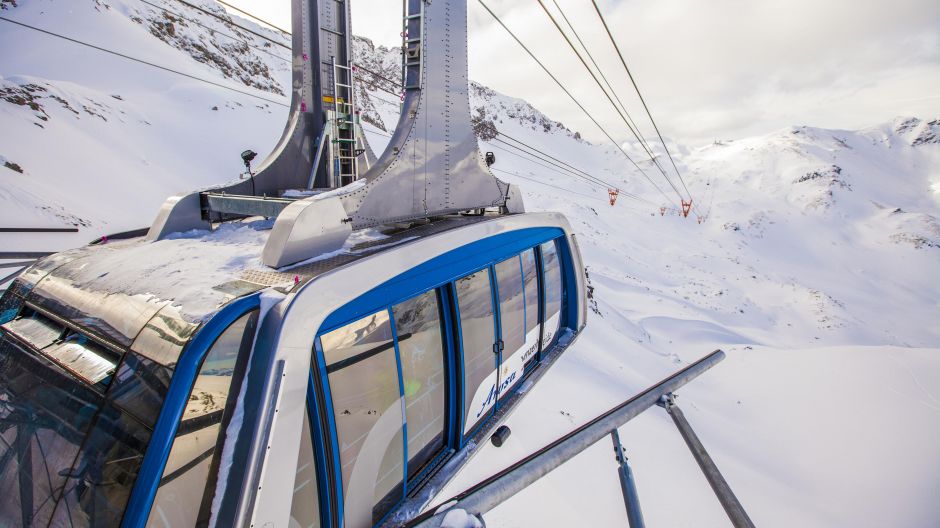 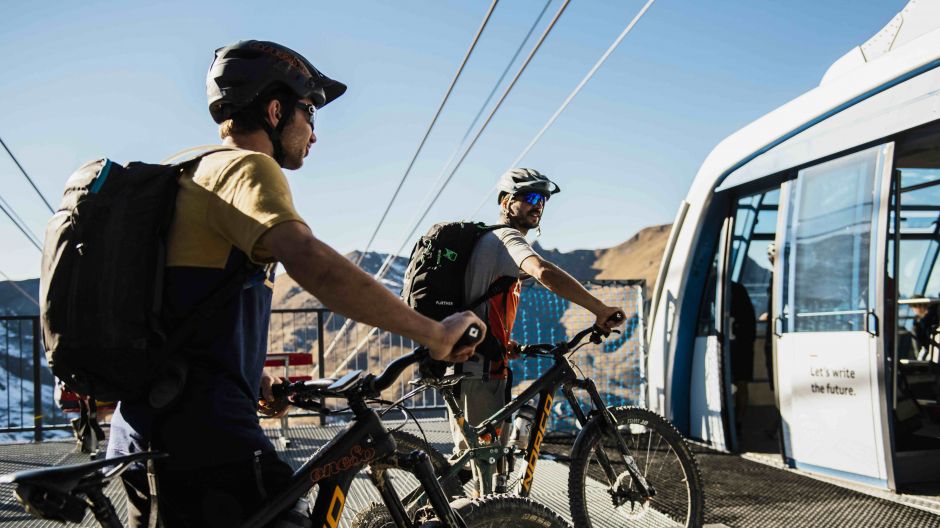 5 / 6
An advantage of the merger between Arosa and Lenzerheide: the joint range of services could be extended - even for the summer. (Silvano Zeiter)
6 von 6
Teilen 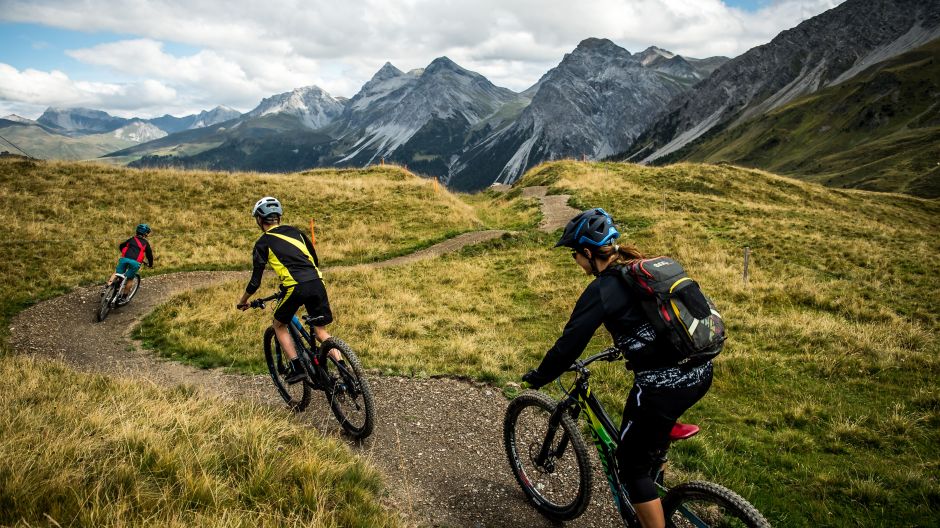