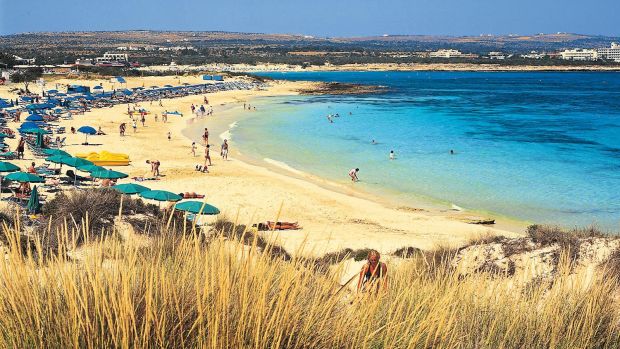 VISIT CYPRUS
Germans will flock to Mediterranean beaches such as Ayia Napa on Cyprus again this summer.

Germans want to go on holiday just as much this year as in 2019 and have not been put off by the Thomas Cook insolvency or controversies about the environmental impact of flights, according to the latest Reiseanalyse market survey.

Demand for holidays remains stable at a very high level, and there are no signs of major changes in the most popular destinations or types of holidays, the provisional results of the annual in-depth representative consumer survey found.

More than 60% of respondents said they had slightly more time and money to spend on travel this year, indicating a stable personal financial situation, and four out of five Germans (78%) are already thinking about their holiday plans. There is no sign that the Thomas Cook insolvency will impact on overall travel demand in Germany.

“This solid demand is very good news for the travel industry,” said market researcher Professor Martin Lohmann, who is responsible for the survey conducted by the FUR research organisation.

Overall, Germans are likely to remain loyal to their favourite destinations in 2020, although 42% plan to travel to a new country this year, according to the Reiseanalyse. About 30% (two percentage points more than last year) plan to go on holiday within Germany. The top foreign destinations are Spain, Italy, Turkey, Austria, Croatia and Greece. Demand for beach holidays, city trips, wellness breaks and cruises is also likely to remain stable this year.

However, as many as 73% of respondents who had flown last year said they had a “bad conscience” about flying on holiday due to the impact on the climate. But the Reiseanalyse authors emphasised: “A short-term sharp drop in holiday travel by plane due to flight shame is not to be expected, but more likely a higher readiness to make compensation payments.”

The positive outlook for 2020 follows a stable year in 2019. According to Reiseanalyse calculations, Germans went on about 71 million holiday trips in total, which was 1% more than the previous year. Spending rose by 3% to €73 billion. In addition, there were about 92 million short trips (2 – 4 days) with spending of about €25 billion.