Kenya is number one again in East Africa 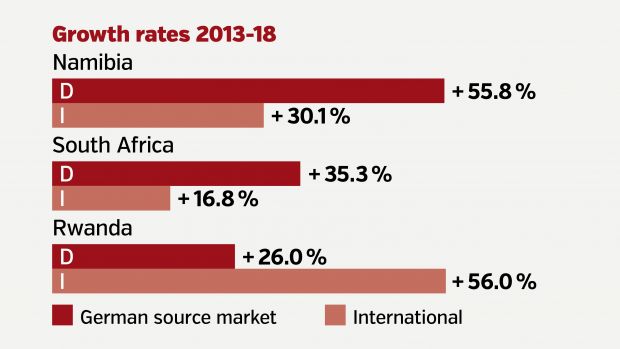 fvw
The three growth winners in Africa over the last five years.

Kenya is the tourism king again in East Africa after a dramatic comeback last year, the fvw Destination Ranking 2019 shows.

After several years of ups and downs, the country is clearly benefiting from more political stability. German visitor numbers soared by nearly 60% to about 78,000 in 2018, while the total number of international visitors doubled to two million.

Yet neighbouring countries such as Tanzania, Uganda and Rwanda are also becoming more popular tourism destinations as well, albeit at much lower levels in the latter two cases.

The biggest winners on the German market in a five-year comparison lie in southern Africa. Namibia saw arrivals increase by 56% to 124,000 in 2018, although the country has stagnated in the last two years.

Similarly, South Africa, by far the biggest destination in the region, has welcomed one third more German visitors over the last five years, reaching 342,000 arrivals last year. But this was slightly lower than the previous year’s record, which experts blame on media publicity about the Cape Town drought at the start of 2018. Overall, however, South Africa remained on the growth path last year with a low rise to nearly 10.5 million international visitors. 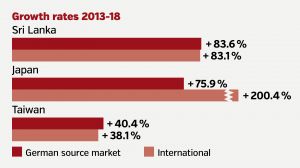 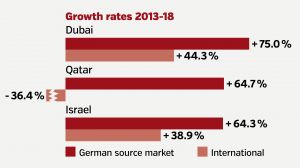 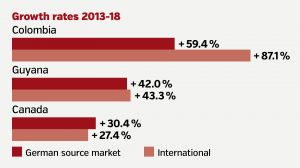